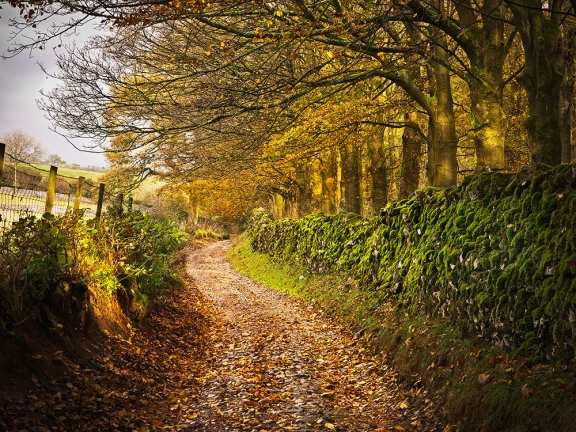 Last Thursday night I was presenting at Bolton Camera Club. It was a good evening with lots of discussion, especially when I pulled out the sample prints I had taken. A lot of the members looking at the prints made from my LX5 compact Camera were surprised by the not only the quality and detail displayed but the “relatively wide” aperture I had selected. The image above was shot at f/8.0 yet it’s sharp from front to back. My New York Skyline shown in an earlier post was shot at f/2.8 and everything is in focus, even viewed close up printed at A3+.  The member of Bolton Camera Club are not however alone in this surprise as it’s something I experience often when talking to club members from all over.

Selecting the right aperture for a scene is something we tend to do automatically once we have been in photography for a while. Unfortunately the aperture selection in lightweight cameras might not be quite as you expect it and you could end up making choices that have a negative impact on your photographs. If you stop and think, there are only a couple of reasons why you might want to control your aperture:

Now I’m going to be controversial and say the only reason you should be changing your aperture is the first one. The second option, to control your shutter speed is in fact a trade off from controlling your depth of field. If you disagree good (you have your own opinion) but stay with me and understand my argument. It might just change your perspective on photography.

So let’s deal with the “misconception” of using aperture to control shutter speed and why I argue against this. My reason is that it’s actually a relatively ineffective when used in this way. If you want to change the shutter speed for creative reasons (which should be your first priority) it will be because your current speed if either too slow to freeze action or it’s too fast to introduce creative blur and motion.

Let’s say I want to freeze motion so I open up my aperture as wide as I can. This will increase the shutter speed but at the expense of reducing the depth of field in the image, something I might not want.  Often such a reduction in depth of field will affect the aesthetics of the image and will change it completely. A better option is to increase the ISO setting as this is more effective. It will introduce noise but you can always address noise if it becomes too great in other ways. Another solution which is often overlooked is to use flash to help freeze motion. In the end you might need to adjust the aperture as well as these solutions but this needs to be a deliberate decision and you need to be aware of the impact on your image as well as the drawbacks.

Now if you want to slow the shutter speed you might try to stop down the lens to as small an aperture as you can. This will however introduce diffraction as we will cover later as well as affecting the aesthetics of the image. Rather than this approach try reducing the ISO you are using. Again, this might not have sufficient effect or you might already be shooting at the slowest ISO your camera can support. The best option however is to use a Neutral Density (ND) filter placed over the lens. These come in various strengths up to 10 stops and are incredibly useful. An alternative option might be to use a polarising filter which usually takes out 3 stops of light.