Despite all the recent problems with losing my Photo Library (I do have a backup for 98% of the drive), I was able to launch my new book on Amazon over the weekend. Ironically the book is about managing your photo library using Adobe Lightroom. It’s titled “Adobe Lightroom Classic CC: Mastering the Library Module” and is priced at £4.99, or similar in other currencies. 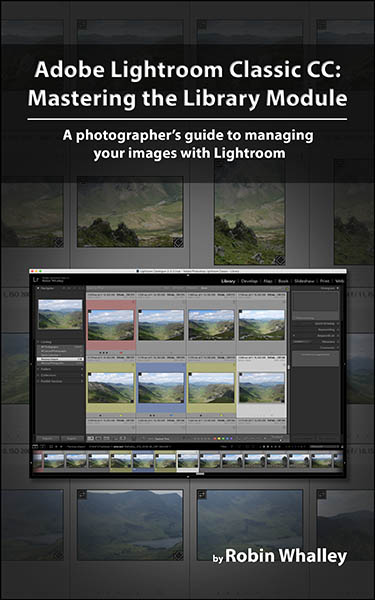 I want to stress that you don’t need to be using Lightroom Classic CC to use the book. The Library module has changed very little over the years so if you’re using Lightroom version 6, version 5 or even version 4, you can still apply the book.

If you ever thought you may be losing control of your photos, or that there must be an easier way to manage all these images, this book can help you.

But as for my Photo Library, I mentioned in my last post, that I was replacing two old disks.

My two new disks have arrived, and I replaced the hottest of the two suspect disks first. When you replace a disk in a Drobo, the unit goes into data protection mode to reorganise the data across all the available drives. Just as this finished, and I was about to replace the second suspect drive, Drobo flashed up warning that a disk had been lost and the drive light turned red.

I replaced the failed drive and left the unit to complete its data protection. I came back after a few hours and everything looked fine until I open Lightroom. That’s when another Drobo warning popped up and the disk light on the first replacement disk turned red. The Drobo data protection sprang into life and the light turned green again. Checking the activity log on the Mac I could see that the disk in question had repeatedly failed and been repaired over several hours.

Here’s where I need to admit to having been a little sceptical of the disks I’d bought. They were purchased as new Seagate Barracuda drives from Amazon. But when they arrived there was no packaging other than they were sealed in anti-static bags and placed in a further bubble wrap bag. On speaking to Amazon, they offered me a refund but couldn’t replace the drives as a third party supplied them. I took the refund and have ordered another drive for the Drobo. Let’s hope this one lasts a little longer.

14 thoughts on “New Book Launch and More on the Drobo”