I’m really excited to share this image from my recent trip to America. The location is called Thor’s Well at Cape Perpetua on the Oregon coast. I first came to know about Thor’s Well whilst browsing US State Park images on Pinterest just a few months back. As soon as I saw this I was blown away and thought I want to shoot the location someday. It was a complete surprise to find out on my trip that it was at Cape Perpetua and that I would be passing through. Better still the tide was at the perfect level for the shot.

The image isn’t shot in the best light as it was bright and mid-afternoon. The sky was also quite bland so I largely cut it out of the frame. To provide the drama of the moving water I used a 10 stop Lee Filter with the camera mounted on a tripod. I then used a remote release to time the shot so that the water was captured as it cascaded back down the “well” (which is actually a blow hole).

I managed to shoot a number of frames using both the Olympus EM5 and the Sony A7r. I thought that I might struggle with the Olympus but having upgraded the firmware to version 2.2 I had access to an ISO100 setting. This together with a Lee 10 stop filter was sufficient to increase the exposure to around 8 seconds.

To give you some idea of the location, here is a snap of another photographer standing near to the well. I shot the image above from the rock in the centre and yes I did get a little wet.

Have a great weekend everyone. 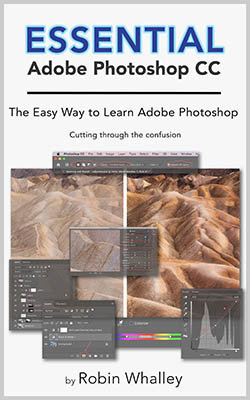