I recently blogged about my new lens, the new Panasonic 14-140. I wanted the lens so that I didn’t have to keep changing lenses (between my 14-45 and 45-200) when out walking in the hills. The only problem I have found is that I don’t trust the 14-140 given the results I have had.

In my previous post I mentioned that it seemed OK in the 14-45mm range but less sharp than my 14-45 lens. Beyond this I thought the poor results were from my sloppy technique – NOT SO. Having had the lens on a tripod it’s still very soft, has poor contrast and even makes the images look grainy.

I ran through a batch of images that I had shot with the lens and nothing over 80mm was sharp – not one. Between 45 and 80mm the image quality was generally poor. Between 14-45 the quality was acceptable but not good. This is not a travel lens or a replacement for the other two when weight is an issue.

I suspect there may be some of you reading this who are screaming out that this is an excellent lens but I have talked to a few people now who have this new Panasonic lens and all have thought it quite soft. It might be that I had a bad sample but I don’t want to risk it so I have asked for a refund. As I left it a few weeks before trying out the lens and reporting it I am out of the refund period so the retailer will only issue a credit note.

This isn’t a problem though as I have my eye on a Sony RX10.

I have to own up and say that this for me is exercising the ghost of a perfect camera, the Sony R1. I had one of these a few years back that I had purchased second hand. For those of you who aren’t familiar with the R1, it was a bridge camera with a fixed lens. It weighed slightly less than an SLR and was only slightly smaller. It had a 10Mpixel CMOS sensor but coupled with an astonishingly good Zeiss lens. The lens was the equivalent of a 24mm – 120mm and was amazingly sharp and distortion free throughout the zoom range. The results from this camera were amazing.

When I look at the RX10, it looks very similar to the R1. It has the same huge Zeiss lens but this time goes from 24-200mm and is f/2.8 across the entire range. This is enough to convince me that I have to have one. No doubt I will dissatisfied in some way but at least I will have it out of my system.

9 thoughts on “The Lens Goes Back”

Leave a Reply to Vision and Light Cancel reply 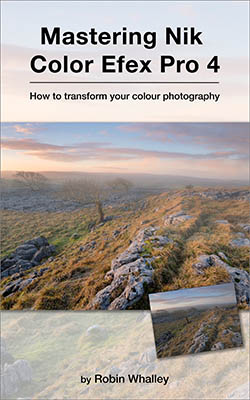